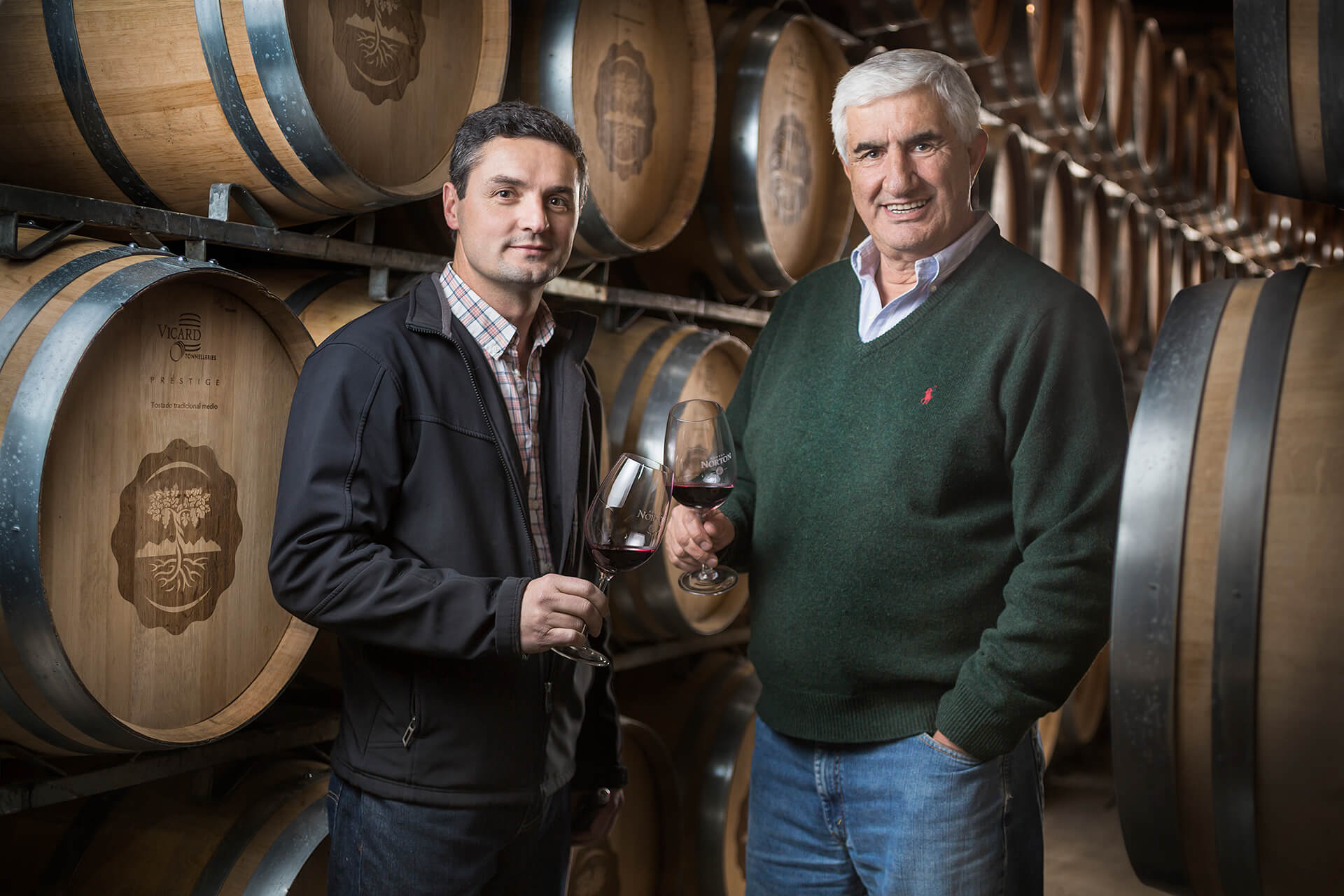 After an honorable and very successful career at Bodega Norton, Jorge Riccitelli announces his retirement for September of this year. David Bonomi will assume the role of the new Chief Winemaker. Jorge Riccitelli has announced his retirement after a 25-year career at Bodega Norton. David Bonomi will be the new Chief Winemaker of the Winery

After an honorable and very successful career at Bodega Norton, Jorge Riccitelli announces his retirement for September of this year. David Bonomi will assume the role of the new Chief Winemaker as leader of the whole Winemaking and Estates team of Bodega Norton.

During the next months, they will be working as a team and collaborating with each other as they have been doing for the last three years.

Jorge Riccitelli is one of the most renowned winemakers in Argentina. He will always be a model for the Argentine winemaking. In 2012, he has been named “Best Winemaker of the Year” by the prestigious Wine Enthusiast Magazine. This award was another proof of his commitment with the Winery and his efforts for helping build Bodega Norton into a highly successful global wine brand.

“Personally, I’m proud to have worked side by side with Jorge, for both his professional ability and his unique charisma. My gratitude and affection for him go beyond what my words can express today.We have a new horizon with new challenges ahead. I am sure that Norton will continue at the top of the industry and David Bonomi will be part and protagonist of this new stage”,  said Michael Halstrick, President and CEO of Bodega Norton.

Bonomi began his career at Bodega Norton, and after his distinguished work at Doña Paula as leader of the winemaking team, he has returned to Norton to continue creating exceptional wines. With an outstanding experience and career, Bonomi is a winemaker who has achieved scores above 95 points, and has been recognized by the most prestigious critics of the world. From a new generation of winemakers committed to the development of winemaking, in March 2015 he was named one of the “Top 10 Young Winemakers to Watch” by Drink Business. In pursuit of excellence and constant commitment to conquer new international markets, the vast experience of a talented winemaker like David Bonomi will enhance the positioning of Bodega Norton.